Kesha has amended her lawsuit against Dr. Luke to include Sony Music Entertainment, accusing the company of putting female artists in ''physical danger'' by having them work with the producer. 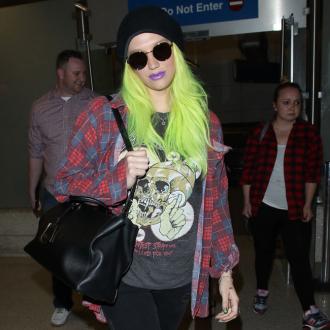 The 'Tik Tok' hitmaker previously filed legal documents seeking to have her contract with the producer dissolved after accusing him of sexually, physically, verbally and emotionally abusing her for almost a decade and submitted an amendment to the case earlier this week in which she alleges the company supported the 41-year-old musician's behaviour.

The amended complaint goes on to allege the 28-year-old pop star - whose full name is Kesha Rose Sebert - complained that Dr. Luke wouldn't renegotiate ''as he promised and according to industry custom'' and Sony ''ratified'' this by giving the producer a record label deal and a ''platform to continue his abuse.''

The papers added: ''Based on SME's conduct, SME has forced an abusive relationship between Dr. Luke and Ms. Sebert to this day.''

Sony have not commented on the case, but Luke's representatives slammed the amendment as ''desperate''.

His lawyer, Christine Lepera, said: ''This seems like a desperate effort.

''It's conclusions without facts, and there's nothing new. They are trying to embroil Sony and it won't work.''

In response to her original lawsuit, which was filed in October 2014, Luke - whose real name is Lukasz Sebastian Gottwald - filed a counter-suit against the 'Die Young' hitmaker, accusing her of defamation.