Kesha has joined a host of celebrities including Sarah Jessica Parker and Rose McGowan to feature in a new charity MTV/ amfAR campaign. 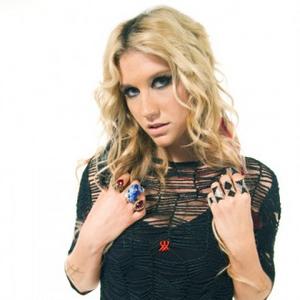 Kesha has joined a host of celebrities to feature in a new charity MTV/ amfAR campaign.

The 'Tick Tock' singer will appear in the Come Together public service announcement, which aims to commemorate the Discovery of HIV 30 years ago, wearing designer Kenneth Cole's re-interpration of the iconic AIDS ribbon.

Other celebrities to get involved in the campaign for MTV International's Staying Alive Foundation and amfAR include Sarah Jessica Parker, Cyndi Lauper, Estelle, Skylar Grey, Cheyenne Jackson, and Rose McGowan.

Kenneth said: "By partnering with the MTV Staying Alive Foundation and amfAR on the creation of this campaign, we have come together to cultivate a call-to-action that raises awareness about HIV/AIDS among the younger generation

"The COME TOGETHER public service announcement is intended to provoke the critical dialogue needed to eliminate the devastating results from the stigma associated with the disease, as well as promote the importance of safe sex."

Georgia Arnold, Executive Director of the Staying Alive Foundation added: "The foundation began with a simple vision - to empower and educate young people engaged in fighting the stigma, spread and threat of the HIV epidemic. The new campaign will allow us to educate more people, both young and old, about the importance of prevention in tackling this epidemic, and enable us to provide even more grants to grassroots projects in our bid to eradicate this disease."