Kesha reportedly swore under oath that Dr. Luke never assaulted her during a deposition in 2011, but her lawyer claims she lied because the music producer allegedly threatened her. 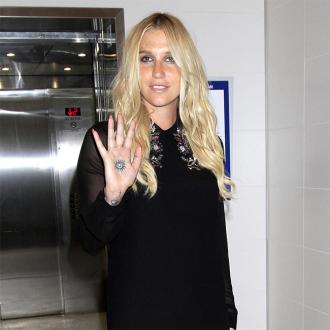 The 'Tik Tok' hitmaker, who has accused the music producer of sexually, physically, verbally and emotionally abusing her in a lawsuit, said they never had sexual relations and he never offered her drugs during a court deposition in 2011, but her lawyer, Mark Geragos, claims she was forced to lie at the time because the 41-year-old record label boss allegedly threatened her.

The blonde beauty was quizzed by lawyers about her relationship with Dr. Luke - real name Lukasz Gottwald - when they were both being sued by her former manager three years ago.

The court documents were unsealed on Tuesday morning (21.10.14) after Luke asked the judge to allow him to use the interview as evidence in their current court battle.

But the 27-year-old star's lawyer branded Luke's plans to use the deposition as evidence as ''a pathetic attempt to once again blame the victim.''

He also told gossip website TMZ.com: ''Luke walked Kesha down the beach and threatened to destroy Kesha's life and the lives of her family if she didn't cover up his sexual assaults.''

The 'Blow' singer, who sought treatment in rehab for an eating disorder in January, tried to resolve her issues with Dr. Luke privately before she decided to sue him last week in a bid to dissolve their contract.

Dr. Luke denies all of Kesha's allegations, and is suing her for breach of contract and defamation.