Kesha 'Most Fun' According To Taio Cruz

Kesha is the ''most fun'' person Taio Cruz has worked with, and he reckons part of that is down to the fact she has ''no fakeness''. 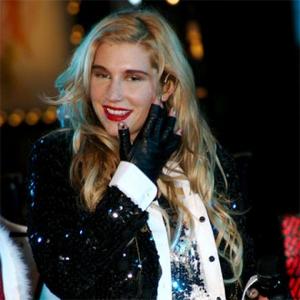 Kesha is the "most fun" person Taio Cruz has worked with.

The 'Dynamite' singer and producer has made tracks with Tinchy Stryder, Kylie Minogue, Pitbull and Travie McCoy, but admits the 'Tik Tok' singer was the most fun of his collaborations so far.

He told the UK's Radio 1 DJ Fearne Cotton: "My favourite person to work with? That's really difficult. I think Kesha has been the most fun, I love her, she's crazy.

"There's no fakeness, the way she comes across as crazy and that is really who she is, but she's a sweet girl at The Core as well, so it's just fun really."

Taio, 27, remained tight lipped about any further planned collaborations, but did admit to having spent time with singer Kimberly Wyatt, formerly of the Pussycat Dolls, recently - leading to rumours they could collaborate in the future.

He added: "I'm a big fan of the Pussycat Dolls, and I met Kimberley last year at the Mobo Awards and we've just been friends since then.

"She's very sweet, she's been helping me out performing on some TV shows, and she's really cool, so."

Kimberly - who is now in dance band Her Majesty And The Wolves - then stepped in to sing Kylie's vocals on a version of Taio's hit 'Higher'.