Pop Star Kesha Reprised Her Role As An Ordained Minister This Week (Begs07sep15) As She Officiated The Same-sex Marriage Of Her Hairstylist And His Partner. 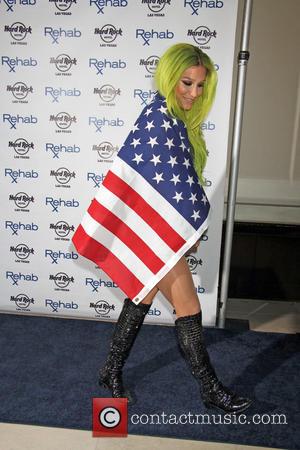 The TiK ToK hitmaker took to Instagram.com on Wednesday (09Sep15) to share a photo of herself performing the ceremony for her gay friend Vittorio Masecchia and his fiance Felipe Noqueira.

She captioned the sweet image, "All u need is love".

The singer, who obtained her licence to perform marriages online, also presided over the commitment ceremony of her lesbian friends Monique Morrison and Gretchen Helt in Malibu, California in 2012, before same-sex unions were legalised across the U.S. earlier this year (15).

Kesha isn't the first celebrity to turn officiant of late - TV host and comedian Jimmy Kimmel recently took on the special duty to marry Jennifer Aniston and her new husband Justin Theroux, while Sharon Stone, Dwayne 'The Rock' Johnson, Emma Stone and Dan Aykroyd have all also taken on the role.