Kesha has revealed she has been ''obsessing in the studio all night'' to make her new album, which will feature love songs as well as ''weird country'' music. 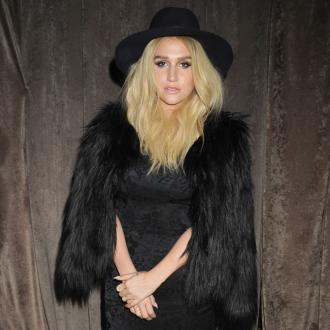 The 'Timber' singer has been busy making the follow-up to her 2012 album 'Warrior' and has teased fans they can expect to hear love songs when the collection is finally released, as well as some wacky country tracks.

She said: ''I've been working on music for like, months now, obsessing in the studio all night, so I've got a lot of new music but it's been so all over the place. Some of it's like weird country, then I have love songs, so it's all over the place so I'm still kind of compiling my record.''

The 27-year-old musician - who is dating Brad Ashenfelter - recently dropped the dollar sign from her name and has checked into rehab and attempted to sue producer Dr. Luke since the release of her last record, hailing a change in her personal style for her next LP.

When asked if she'd be exploring a new look, she said: ''Totally ... I think I'm still testing the waters.''

And as well as her music, the hitmaker revealed she is hoping to expand into fashion after spending time at New York Fashion Week, and will embark on an acting career.

She told Yahoo Style: ''I'm dipping my toe in fashion and acting so I'm like, doing it all.''