Kesha's mother taught her ''everything about sex'' before she was seven years old, because she wanted her to be responsible. 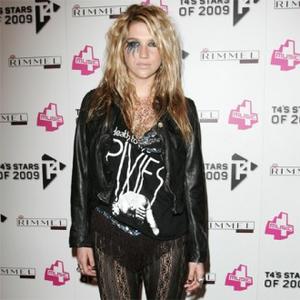 Kesha knew "everything about sex" before she was seven years old.

The 'Tik Tok' singers' mother wanted her to be responsible and so from a young age encouraged her to act like an adult.

She said: "I knew everything about sex before I was even seven. My mom left me at home when I was 14 with a credit card, and a box of condoms and the keys to the car and said, 'Don't get pregnant and don't drink and drive'.

"I had to be responsible for myself."

The singer also warned that her live shows have a particularly adult theme - including the audience being showered with Kesha condoms - and that her fans should expect to be "visually and sonically violated" by her shows.

She added to Britain's The Times newspaper: "I'm not a babysitter. My b**ls are on the table. I'm very upfront with who I am. There is sex. There is alcohol. The kids are gonna figure it out someday."

Kesha, who has Two Brothers, was raised by her mother in Nashville, US, and doesn't know who her real dad is, so she pretends she is The Offspring of the lead singer of The Rolling Stones.

She added: "I talked to my mum about it. She has a sketchy memory. I don't really care. I'm going to pretend like my dad is Mick Jagger and proceed."