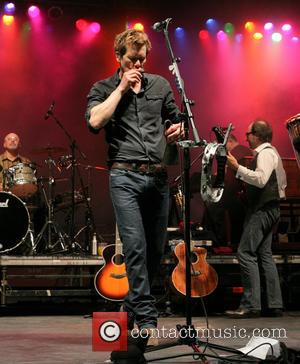 Kevin Bacon’s apology was short but sweet. The Hollywood actor fell foul of the pitfalls of social media this week when he re-tweeted a Twitter comment between Jodi Gomes (a TV producer / director) and Kevin Williamson, the creator of The Following. Sadly, that tweet contained a rather major plot twist, which overseas viewers – who haven’t seen the show yet – would rather not have known. Getting caught up in the compliment and not thinking about who might be seeing the message, Bacon retweeted it. Much to the anguish of overseas fans. In response, Bacon posted a Vine video on his Twitter feed that simply showed him saying “My bad, my bad, my bad,” over and over again.

Warning folks: we’re going to reveal that plot twist, seeing as Bacon chucked it all over the internet anyway, so stop reading if you’ve somehow managed to avoid the big disappointment thus far. In the tweet, Jodi wrote to Kevin “@kevinbacon is a murderer too! Nice twist." Bacon posted the video and also tweeted “To all the fans abroad and late watchers I'm truly sorry I retweeted a spoiler. I just wasn't thinking. Won't happen again. #MyBad."

The Following just got commissioned for a second season. Hopefully Bacon’s eager tweeting fingers will restrain from letting any more plot lines slip!