The 55 year-old actor relived his youth by performing some dance moves from the 1980's classic 'Footloose,' to celebrate its 30th anniversary. 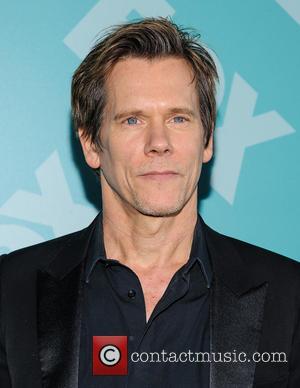 It has been 30 years since Kevin Bacon starred in the dancing flick 'Footloose,' but it seems time hasn't slowed him down at all.

The 55 year-old showed that he hasn't lost a step when it comes to dancing as he re-enacted some of the moves from the 1984 classic when appearing on the 'Tonight Show.'

On Friday's episode of the late-night talk show, host Jimmy Fallon declared "that dancing has been outlawed here at The Tonight Show."

As this parallels with the plot of the original film it is no surprise that Bacon, who was backstage at the time, was unsettled by this news.

"Rules are rules guys. No Dancing!" Fallon said while reading a fake scroll signed by himself.

As the camera cuts to Bacon sat in his dressing room backstage, he states "Jump back.

This is the 'Tonight Show,' there has to be dancing." And the 'X-Men: First Class' took it upon himself to make sure there was dancing!

Bacon rolled back the years and began to perform an array of moves which were very similar to what his character, Ren McCormack, used in the famed warehouse scene.

He then even showed off his athletic ability by performing a complex routine on some gymnastic bars.or his stunt double does, either way it is still impressive.

'The Following' star also danced around the backstage area of the show before meeting a group of women to accompany him just before heading out to be interview.

Fallon was so impressed by Bacon's display he tore up the scroll that outlawed dancing and shouted, "Dancing is now legal on 'The Tonight Show,' thanks to Kevin Bacon!"

Watch Kevin Bacon's entrance to the 'Tonight Show' below