Kevin Bacon and his wife Kyra Sedgwick have purchased a $2.5 million home in the Los Feliz neighbourhood of Los Angeles. 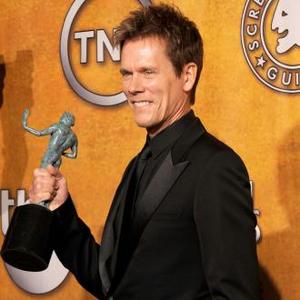 The 'X-Men: First Class' actor and his wife Kyra Sedgwick - who have two children, Travis, 22, and 19-year-old Sosie - are making a move from New York to Los Angeles to live in the property, which, despite the cost, comes with only two bedrooms and three bathrooms.

However, it does features floor-to-ceiling windows - allowing the natural sunlight in - his-and-hers closets and a swimming pool with fountains.

There is also an outdoor spa and a finished patio, and a guest suite downstairs.

It covers 2,760 square feet on the site in the Los Feliz neighbourhood of Los Angeles

Los Feliz is well known for its celebrity residents, although Katy Perry recently moved out of the $6.5 million home she shared with British comedian Russell Brand in the area following the end of their marriage.

The 'Piece of Me' singer moved to a smaller $1.9 million pad - featuring five bedrooms and five bathrooms - just three miles away.

Other stars to live in the glamorous location include 'Black Swan' star Natalie Portman and her partner Benjamin Millepied and 'Twilight' couple Robert Pattinson and Kristen Stewart.