Kevin Bacon Had To Rent Footloose To Relearn Dance Moves 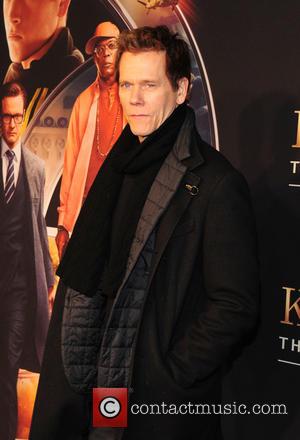 Kevin Bacon had to rent his own Footloose movie last year (14) to help him remember his dance moves for a planned 30th anniversary sketch on U.S. Tv.

The actor agreed to recreate some of his iconic dance sequences from the classic 1984 film for an appearance on The Tonight Show Starring Jimmy Fallon last March (14), but he admits he needed a little help remembering all of the steps before the taping.

"It was about two o' clock in the morning and literally, I was standing in my kitchen and I'm trying to remember some of these moves... and I had to go and rent Footloose on (movie streaming service) Netflix... I didn't have the movie... I was standing there in the kitchen with the thing (Tv on) trying to (replicate the dance moves)."

Bacon's hard work paid off as he thrilled Footloose fans by strutting around in his dressing room and in the corridors of the Tv studio, even stripping down to a white vest and performing the moves from the film's finale with a group of dancers as he made his grand entrance onset.

The 56 year old admits the Tv appearance won him huge praise from fans and the dance sketch has since become one of the things he's most remembered for - much to his dismay.

He added, "You work so hard through the course of your life and you do work that you hope is going to affect people, moving roles, complex dramas and all that stuff, and people come up to me in an airport now and they say, 'I gotta tell you, the most moving thing you've ever done that touched me the most was your appearance on Jimmy Fallon.' I'm like, 'Really? Ok.'"