Kevin Bacon wants ''emotional'' film '6 Miranda Drive' to be a psychological terror and hopes it will join the ''greats'' which includes 'The Shining', 'Rosemary's Baby', 'Don't Look Now' and 'The Exorcist'. 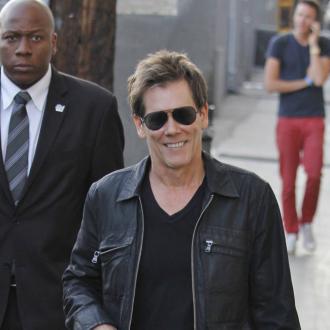 Kevin Bacon wants '6 Miranda Drive' to be a psychological terror.

The 55-year-old actor has been cast in the forthcoming film which tells the story of a family who bring home a supernatural force when they return from a trip to the Grand Canyon, and he is hoping it'll join the classic horrors which had ''deep emotional backdrops''.

He told deadline.com: '''Miranda Drive' is a movie that's emotional. I read it and thought, if this came to me and it wasn't a horror movie but a low-budget drama, I would think about doing it anyway.

''It's a really interesting story the perfect American family that is kind of falling apart. To me it's like a really scary 'Ordinary People'. The greats are 'The Shining', 'Rosemary's Baby', 'Don't Look Now', 'The Exorcist' - those movies were not really slashers, they were about psychological terror and had very deep emotional backdrops. If we do our best, '6 Miranda Drive' can be that kind of a movie.''

Bacon is rumoured to star alongside Radha Mitchell in the movie which will be helmed by 'Rogue' director Greg McLean.