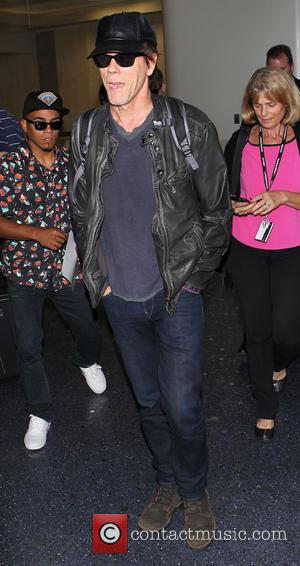 Hollywood couple Kevin Bacon and Kyra Sedgwick had a freaky experience with pot when the actress decided to get high to research a role.

Sedgwick's character in Tv show The Closer had to eat a pot brownie and as she hadn't been high since the 1980s, she felt the need to research, so she asked a friend to get her some "lightweight" marijuana and smoked it with her husband during a beach weekend getaway.

Everything was fine until a fan the actress ordered from the hotel's front desk arrived and the celebrity couple realised they had to assemble it - while stoned.

She explains, "The guy comes in with a giant box... He puts it in the middle of the room and he walks out... We're sitting there with this box and we open it and realise it's got to be put together... You know that moment when you know something's really wrong but if you don't actually look at each other and acknowledge it, maybe it's not so bad...?

"We both realise we're absolutely wasted, like, so, so high, and I start hysterically laughing and he's not laughing at all. He's scared, really scared, and I just kept on laughing... I start going, 'Ooh, you're freaking out. Do I have to take you to the hospital?' like a really great wife.

"We came down a little bit and we start talking about all this intense, amazing stuff... I get a piece of paper and I'm writing down everything we're saying because I'm sure that this is the most important stuff that we're ever talking about and then Kevin starts going on this rant about the truffle fries that we had at dinner and how incredible they were.

"And then he said, 'You can't just have any kind of ketchup with those truffle fries... That was some gourmet ketchup.' Then he says, 'Let's face it, ketchup is just dessert masquerading as a condiment'. That is the greatest line ever."