Kevin Bacon insists losing most of his fortune in a 2008 fraudulent investment scandal never affected his marriage to Kyra Sedgwick. 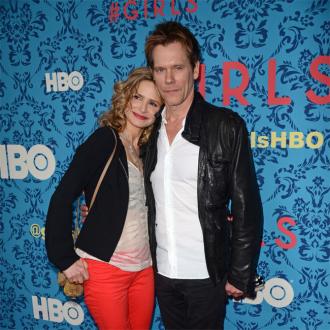 Kevin Bacon had sex to get over losing most of his money.

The 'Footloose' star and wife Kyra Sedgwick were victims of Benie Madoff's 2008 fraudulent Ponzi scheme but insists seeing their fortune disappear never had a damaging impact on their marriage.

The 56-year-old actor - who has kids Travis, 26, and Sosie, 23, with Kyra - acknowledged some relationships don't survive after suffering financial setbacks, but he and his 49-year-old spouse always felt they would be fine.

He explained to GQ Editor-at-Large Michael Hainey in a GQ+A conversation at the Neuehouse library in New York: ''We knew we were going to have each other and our kids were OK. They were through school, almost. We both felt like we would work.''

While Kevin has previously admitted he and Kyra lost ''a lot of money'' in the scandal, he insists they weren't the worst off afterwards.

He said: ''There were so many people who got hit so much harder than us.''