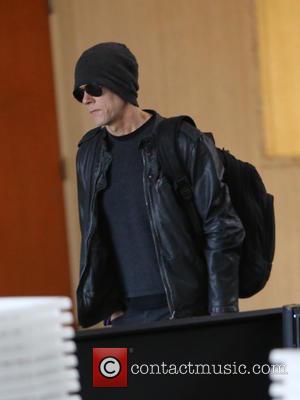 Actor Kevin Bacon showed he can still manage the moves from his classic movie Footloose by reenacting the film's iconic dance sequences on U.S. Tv to mark its 30th anniversary.

The Apollo 13 star made an appearance on Jimmy Fallon's The Tonight Show on Friday (21Mar14) and he thrilled fans of the 1984 movie by reviving the dance scenes as he made his grand entrance on the programme.

Bacon was shown reenacting the steps from Footloose in his dressing room and in the corridors of the Tv studio, even stripping to a white vest and performing the moves from the film's finale with a group of dancers before walking out onto the set where the routine continued.

But the 55 year old has since admitted the Footloose sequence has left him nursing a few aches and pains.

The actor took to his Twitter.com page on Saturday (22Mar14) and wrote, "Hey @jimmyfallon thanks for a fun hang yesterday. Seems like folks enjoyed the dance. Not gonna lie I'm a little stiff today."