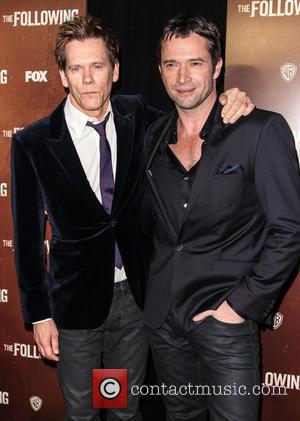 The overall reviews have been mixed, but Kevin Bacon’s role in The Following has been widely praised by critics appraising the new Fox series, the star finding a much more enjoyable niche on TV other than irritating EE adverts on British television.

The show sees Bacon play FBI agent Ryan Hardy, charged with bringing down a serial killer – played by James Purefoy – who he’s already previously put in prison. Since then he’s amassed a social network of like minded killers, who’ve been doing his bidding and ultimately saved him from death row. A bit like Lord Voldemort then really, though his prison was generally having to wander around half-dead than any actual physical prison. Anyway, the reviews have been good for Bacon, with the first episode of the season airing last night (January 21, 2013). USA Today comments “Some plot twists seem implausible at best, others are overdone or gratuitous. But some implausibility comes with the horror/suspense genre, and there's no question [producer Kevin] Williamson has mastered it - just as there's no question that the match of wills between the wounded Bacon and malevolent Purefoy is exceedingly well played.”

Entertainment Weekly meanwhile commented “Both Bacon and Purefoy are so intensely earnest, The Following quickly supersedes its patent Silence of the Lambs setup.” Many of the negative reviews criticized the show’s gratuitous use of gore, but even the New York Post – in its own mediocre review – had to admit “There are twists and turns a-plenty, and Bacon and Purefoy are so good they make up for the silliness - if not the gratuitous gore.” Kevin Bacon, seen here at The Following's premiere (Janaury 18, 2013), has been lauded for his performance