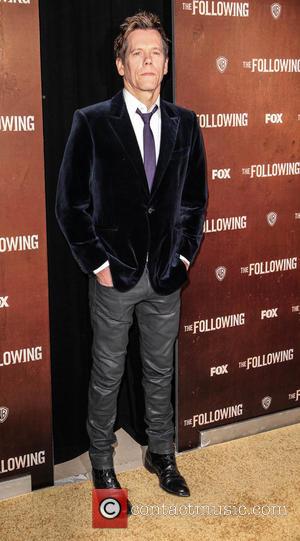 Following what seemed like months of Pro Kevin Bacon publicity, with Google introducing a geeky side project to determine Bacon Numbers - a way of finding out how far removed someone is from the well-travelled actor, and his appearance on EE's adverts, championing their new 4G mobile data network, his new show The Following finally hit TV screens last night.

The ratings have secured his agent a job for the next year at least; the high numbers will have something to do with Bacon's increased on-screen and internet exposure, resulting in strong figures, but now it's up to the integrity of the show; the writing and acting to ensure those numbers remain strong.

Most of the reviews have generally been favourable, and the show has more or less gone down well. The Star praise the casting of the show, saying it sets it apart from the myriad serial killer dramas out there. "The Following is, for what it is, great TV," says their review. "Two things set The Following apart, and both involve casting. First and foremost, there is its star, Kevin Bacon, an accomplished and prolific movie character actor in his first series, following the path of wife Kyra Sedgewick and The Closer."

TV Fanatic are equally doting, calling The Following "A Murderous Masterpiece" and saying, in their review, "It was an intense hour of television, one that moved at a brisk pace and featured more violence and gore than we've ever witnessed on network television. I loved every second of it."

The Huffington Post, however, couldn't look past the plot holes, asking, "Does it make any sense?" Their review continues to question the idea that, "Joe, a mass murderer under lock and key, was not only able to regularly access the Internet without anyone noticing, but that he was able to use those online connections to persuade people to do his bloody bidding. Investigators, including Ryan Hardy (Kevin Bacon), discover that Carroll got occasional prison visits from cult members, but his influence appeared to be most effective and extensive online."

With 62/100 so far on Metacritic, The Following looks like it'll appeal to the casual CSI fan rather than the in depth Wire fan.