For a while, there were ‘Elmo is a sex offender!?’ jokes; then people realized it was actually a serious matter, and Kevin Clash was facing a collection of lawsuits for sex abuse against underaged boys. Now, given the judges ruling that the suits were filed too late, a ‘pleased’ Clash is setting about restoring his life to its previous state. Clash is delighted to be free of those charges

"Kevin is pleased by the judge's decision," his attorney, Michael G. Berger, said in a statement to The Hollywood Reporter. "As we have maintained all along, our goal has been to put these spurious claims behind him so that Kevin can go about the business of re-claiming his personal life and his professional standing, which was recently recognized once again by the three Emmys he won last month."

A judge has dismissed three lawsuits accusing Sesame Street's Kevin Clash of sexual abuse. The Judge ruled the Statute of Limitations had run out on their claims. Clash left Sesame Street, after 30 years, in November 2012 as a result of these allegations.

A judge has ruled allegations made against former 'Elmo' puppeteer Kevin Clash cannot be taken further as the three accusers filed their claims too late. Of the five lawsuits filed against Clash, since autumn 2012, only one remains unresolved. The allegations concern Clash's involvement with three men whilst they were underage. Three separate lawsuits were dismissed by the judge who said the statute of limitations had run out on the claims. This is because it is "more than six years after each plaintiff reasonably should have become aware of the defendant's alleged violations".

It was a good day for Sesame Street and Kevin Clash, as the one-time Elmo voice-actor has been cleared of all charges of sexual molestation against three underaged boys, with the ruling judge at a federal court in New York saying that the defendants have waited too long to file their case. The voice actor and puppeteer has been cleared of all charges

The lawsuits filed by Cecil Singleton, Kevin Kiadii and a 3rd unnamed accuser was deemed unfit for court, with the judge deciding that the cases against the voice actor and puppeteer was submitted too long after the statute of limitations had run out. As the judge detailed, the statute of limitations to sue someone for molestation expires 3 years after the accusers' 18th birthday and with Singleton - the man who cam forward to the police - aged 23 when he filed the report, he has missed the deadline.

By Victoria Pavlova in Lifestyle / Showbiz on 11 December 2012

The fourth alleged victim came forward last week. The young man, referred to only as John Doe during the proceedings, recounted the story of Clash flying him out to New York at 16 or 17 and having sex with him on multiple occasions. The former voice of the beloved Elmo character was in his 30s at the time.

Of the two accusers so far, only three have gone on to file lawsuits. Last week two young men filed suits against Clash, while the first person to come forward later recanted the allegations. The 23-year-old male model, who was 16 when the alleged abuse occurred, reportedly struck a deal with Clash’s attorneys.

By Lorna Greville  in Lifestyle / Showbiz on 10 December 2012

It has been over a month since Kevin Clash's first confused accuser came forward to sue the voice of Elmo for sex with an under age boy. Since then another three people have also sued Clash. The fourth accuser's suit has filed a suit, made public knowledge today, under the name John Doe (either that's a pseudonym or his parents have an interesting sense of humour). This is the third lawsuit still in action as the first accuser agreed to a financial deal and chose not to further the litigation.

The details of Doe's case, according to TMZ, state that "he's suffered tremendous emotional, mental and psychological damage as a result of the relationship." Doe's lawyer, Jeff Herman (who is also representing two of the other accusers) has also said that: "According to our lawsuit, Kevin Clash knowingly paid to transport a minor across state lines for the purpose of satisfying his sexual interests." Apparently, this took place in the mid to late '90s when the victim was 16-17, and Clash in his 30s.

The suit claims that Clash and Doe met in Miami in 1996, struck up a relationship and spent a lot of time on the phone before Clash offered to pay for a flight to New York. Doe then stayed at Clash's home for four days, according to CBS. Clash has already resigned from Sesame Street where he was a creative executive producer and the voice and puppeteer of the beloved character Elmo.

By Staff Writer in Lifestyle / Showbiz on 10 December 2012

Kevin Clash, most known for voicing Sesame Street’s iconic Elmo, has been accused of another instance of sexual abuse of a minor.

This time the accuser, who has chosen to remain anonymous and is only quoted as John Doe in court proceedings, has stated that the abuse occurred on numerous occasions, when he was 16 or 17 and Clash was in his mid-thirties. Doe recounts that the Sesame Street actor paid for him to fly to NYC, as well as giving him a place to stay and some money. The man’s attorney, Jeff Herman, was quoted by TMZ as saying that according the lawsuit, Kevin Clash knowingly paid to transport a minor across state lines for the purpose of satisfying his sexual interests. Doe is the fourth person to come forward with accusations against Clash. The actor resigned from the job as Elmo’s puppeteer after the second accuser, Cecil Singleton, came forth, accusing him of sexual abuse when he was 15. /p>

Sesame Street has yet to address the allegations, but a company spokesperson said for USA Today "Unfortunately, the controversy surrounding Kevin's personal life has become a distraction that none of us want, and he has concluded that he can no longer be effective in his job and has resigned from Sesame Street. This is a sad day for Sesame Street.” Surely, it is a sad day for everyone who has grown up with the iconic voice of Elmo.

A third man accusing Sesame Street actor Kevin Clash of inappropriate sexual relations has written about their encounters in his memoirs.

And from the snippets we’ve seen, courtesy of New York Post, they are not for the faint-hearted. The man, who refuses to be named, has claimed that the encounter between him and Clash took place in a Manhattan apartment in 2000 and has stated, in a lawsuit that he was 16 at the time.

In Chapter 11 of his unpublished memoir, he wrote that Clash “showed me what it felt like to get on your knees and obey your man.” The excerpt was recited by the lawyer Jeff Herman at a press conference at the Hilton Midtown. He continued reading: “Mr. Tickler is what I will call him, and the game we played was father and son… On our first night, I did not lose my virginity; however, I learned what it felt like to have a man kiss you and take your breath away.” Is your skin crawling yet?

Who Could Replace Kevin Clash As Elmo On Sesame Street?

As two people have made allegations against Kevin Clash for sex with under age boys the star Elmo puppeteer has resigned from Sesame Street leaving the fate of Elmo somewhat in the lurch.

Although Sesame Street have said that Elmo is bigger than this scandal, and will continue to appear in the show, there are still plenty of questions about how that will work with the absence of Clash.

Marketing consultant Mark Joseph told Fox News, "Kids' properties require extra sensitivity and in order to protect a brand like Elmo, PBS needs to move quickly to find a replacement... There is no margin for error when it comes to kids' properties, and what might be forgiven in other contexts are not in that world."

Continue reading: Who Could Replace Kevin Clash As Elmo On Sesame Street?

Kevin Clash has resigned from Sesame Street after another allegation of an inappropriate relationship with a minor was made against him.

Clash has already been on the receiving end of a similar allegation of an inappropriate relationship with a minor, from Sheldon Stephens. Clash reportedly signed a $125,000 settlement with Stephens to make that matter go away but it seems that the latest allegation was a little more than the Sesame Street producers were prepared to put up with. Sesame Workshop reportedly said “Unfortunately, the controversy surrounding Kevin’s personal life has become a distraction that none of us want, and he has concluded that he can no longer be effective in his job and has resigned from Sesame Street. This is a sad day for Sesame Street.”

By Jack de Aguilar in Lifestyle / Showbiz on 20 November 2012

It appears the voice of Elmo sex abuse scandal is nearing an end. Kevin Clash agreed to pay Sheldon Stephens $125,000 with one condition: that he recant his story that Clash had sex with him when he was a minor, TMZ have reported.

"Stephens agrees that immediately upon execution of this Agreement, his counsel, Andreozzi & Associates, P.C., shall release the [following] statement ... 'He [Stephens] wants it to be known that his sexual relationship with Mr. Clash was an adult consensual relationship,'" said a statement, which goes onto say that if Stephens is asked by anyone about his relationship with Clash, he must only repeat the statement [above] in the settlement that recants his story. Contrary to this, though, it is reported that even though he signed the document, Stephens didn't want to, and cried while applying his signature, insisting that Clash had sex with him when he was a minor and was pressured into signing the settlement. Perhaps we're not nearing an end after all.

TMZ broke the story of the withdrawal of Stephens statement, with his lawyer releasing a statement saying, "[The accuser] wants it to be known that his sexual relationship with Mr. Clash was an adult consensual relationship. [The accuser] will have no further comment," but who knows where this fresh information will lead. 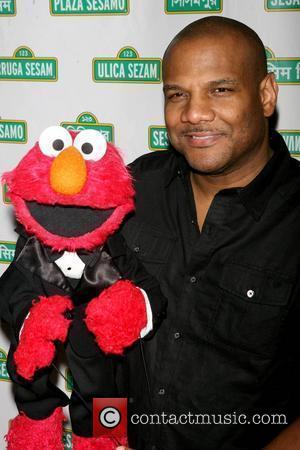 Elmo Sex Scandal: Accuser To Forfeit $125,000 And Stick By His Story