Actor Kevin Connolly Worked Through The Pain Of A Broken Leg For Three Days While Shooting The Entourage Movie, Because He Was Too "Embarrassed" To Seek Medical Assistance After Injuring Himself During A Star-studded Game Of Tackle Football. 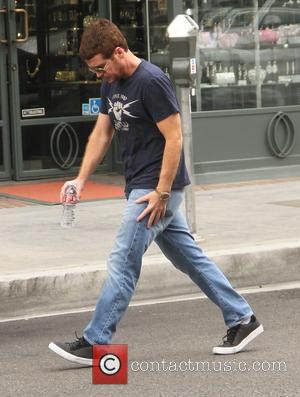 The 41 year old, who reprises his role as talent manager Eric Murphy in the film adaptation of the hit TV series, was shooting a scene on a beach in Miami, Florida in March, 2014, with a slew of superstar athletes, including American footballers Russell Wilson and Rob Gronkowski, when he fell awkwardly after being tackled by co-star Jerry Ferrara.

He explains, "We had bunch of cameos on that day. We had Russell Wilson, Gronkowski, all these guys. We had probably 25 to 30 cameos, and there was a scene where we're playing beach football and we thought it would make sense to play tackle football, which, at the end of the day, and with hindsight, wasn't the greatest thing.

"Jerry and I were roughhousing. Jerry kind of tackled me. We were in the sand, but we just heard that weird (pop), almost like splitting chopsticks."

Connolly knew he was hurt immediately but insisted on trying to "walk it off" to save face - and he only sought medical help three days later.

He tells U.S. breakfast show Today, "I got up 'cause my adrenaline picked me up. I was a little bit embarrassed, first of all, and all these people... all these real tough athletes are standing there so I just kinda popped up, like I was trying to walk it off, and then I ducked behind a bush and cried for two hours!

"I was so embarrassed so I kind of played through it (pain) for a few days... I worked for three days with a broken leg, and finally said, 'Guys, I've gotta go to the hospital. This is not a sprain; my leg is folded back (in) the other direction! I'm pretty sure it's broken!'" 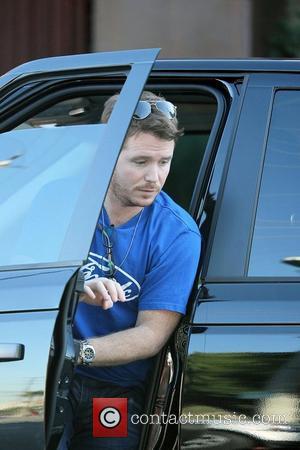