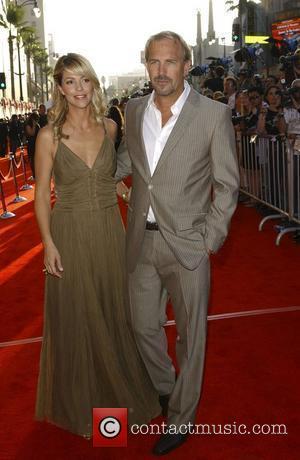 Playing Kevin Costner's love interest in critically-mauled action film WATERWORLD left Jeanne Tripplehorn so scarred she considered quitting movies for good.
The Basic Instinct star admits she struggled with the way the futuristic film turned out.
The 1995 film is considered one the of the most expensive flops of all time; it cost $175 million (£125million) to make and only recouped $88 million (£62million) at the U.S. box office.
She tells More magazine, "In retrospect, I realise it made me reluctant about films. There were things that were so out of my control and a bit overwhelming."