Kevin Federline has been rushed to hospital with potential heart problems, according to a report from E! Online. Britney Spears's former beau is currently taking part in a televised weight loss programme, entitled Excess Baggage but the programme makers released a statement on their Facebook page today (January 23, 2012), stating that he hit a stumbling block on his journey to a healthier lifestyle when doctors became concerned about his "high pulse rate." Federline was taken to hospital whilst doctors carried out more tests.
This is not the first time that the former dancer has tried to lose weight publicly. After his split with Britney in 2006, 'K-Fed' took part in VH1's Celebrity Fit Club to try & lose some of the 85 pounds that he had gained since the relationship breakdown. He managed to lose 30 pounds during that show but he's put most of that back on and has headed Down Under to take part in Excess Baggage, which is filmed in the Western Outback of Australia.
Kevin Federline met Britney Spears when he worked as a professional dancer. They married in 2004 and have two sons together (Kevin also has two children with his ex, Shar Jackson). Britney filed for divorce in 2006 and after a widely publicised and tumultuous legal battle, Federline was granted sole custody of their sons. Kevin recently had his fifth child, with the former volleyball player Victoria Prince. 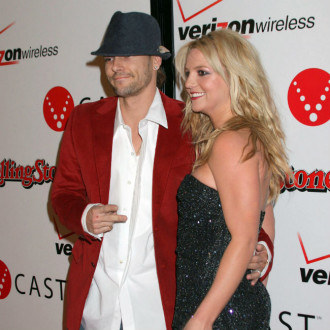