The Avengers 2 official title was finally revealed at Comic-Con 2013, with an unexpected visitor coming to take over Hall H to herald the news.

OK, so it probably wasn't completely unexpected - someone will have known than Tom Hiddlestone as Loki was going to come and take over from Marvel Studios boss Kevin Feige. Mid-way through announcing that his production company was in post-production of new movie Thor: The Dark World, Feige's microphone was cut off and the lights went off. Over the PA system came a rather familiar venomous voice: "Humanity! Look how far you've fallen. Lining up in the Sweltering heat for hours, huddling together in the dark, like beasts!" Joss Whedon Has A Lot Of Secrets Up His Sleeve With New Avengers Movie.

Like a storm the lights flashed back on, revealing supervillain Loki clad in full costume as he embraced the deafening screams from the Comic-Con masses. Loki (AKA Tom Hiddlestone) smiled a wicked smile as fans began chanting his name. "I am burdened with glorious purpose," bellowed Loki, striding over to dismiss Feige before he conducted the hoardes to scream his name once more. "It seems I have an army," the British-born Hiddlestone, indicating to one of the massive screens, "Feast your eyes!" What ensued what footage from Marvel's upcoming movie Thor: The Dark World, which offers a lot more CGI fantasy excitement that the first movie as Chris Hemsworth's Thor battles his adoptive brother and arch nemesis, along with plenty more supernatural enemies. No Fan Had Suspected Tom Hiddlestone's Loki To Take Over At Comic-Con.

This wasn't the only exciting reveal of the day though - Avengers director Joss Whedon had sneaked onstage to reveal to the sea of fans that the next Avengers film would be called Avengers: Age of Ultron.

This also breaks the news that Marvel villain Ultron will be in the second installation of the Avengers franchise - a supreme baddie who, in the comic books, could place his victims in a coma or control their minds. At the end of the first film, those who stayed after the credits had rolled were treated to a teaser clip of another Marvel bad guy - Thanos - who strangely wasn't included in Marvel's Comic-Con sitting.

Speaking last year, Kevin Feige addressed the curiosity surrounding the mystery appearance of the superstregth alien mutant: "Clearly, there's a purpose to us putting him in the end of that movie. We do have plans for him. I wouldn't say we ever feel the need to rush anything one way or the other," he told JoBlo.com.

Watch a clip of Tom Hiddlestone Take Over Comic-Con As Loki:

The Avengers: Age of Ultron will premiere in May 2015 but with fans already whipped up into a raibid frenzy, the release date can't come round soon enough. 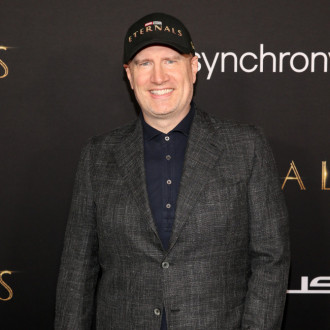 Kevin Feige reveals that more Spider-Man movies are in development 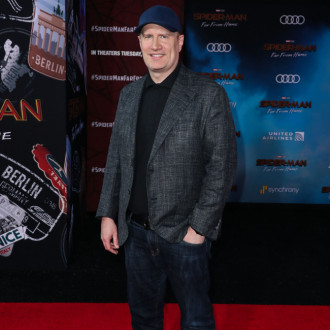 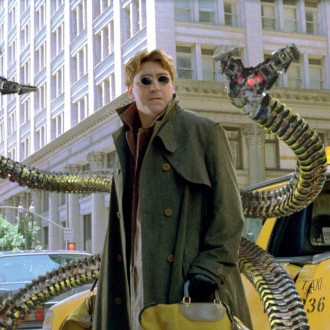