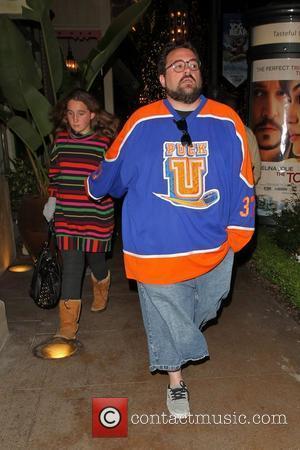 Kevin Smith, the American writer and director of 'Clerks', 'Mallrats', and 'Jay and Silent Bob', was prevented from boarding a Virgin Airlines flight from JFK airport in New York, after he and Jay and Silent Bob co-star Jason Mewes arrived at the gate eight minutes before departure, reports Salon.com. The 40-year-old spoke about the incident on his website, saying, "Virgin shut its legs, I shut my wallet".
Smith's luggage was already on-board the plane when he arrived at the gate with first-class tickets in hand, however, he was blocked by the guard who stated that he was too late and would not be able to fly. It is not the first time that the director has encountered airport trouble, back in February he was kicked off a Southwest Airlines flight having been deemed too overweight to fly. Flight crew told him that he posed a safety risk because he couldn't lower the arm rest by the side of him. Speaking about the incident on his Twitter page, Smith ranted, "So, SouthwestAir, go f--- yourself. I broke no regulation, offered no 'safety risk' (what, was I gonna roll on a fellow passenger?)".
In another post on his website, Smith said he was considering using an airline service recommended to him by the actor Ben Affleck, he said, "Affleck told me that when he flies, he uses a concierge service: a company that works with the airport and each airline. Essentially you board last. The entire service is designed to get you to the plane door shortly before the door closes".