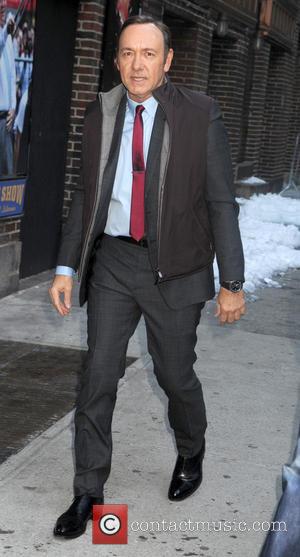 Maryland doubled up as Washington, D.C. for much of the series' first two seasons, but show executives are now looking into other possible shoot locations as local officials have yet to decide whether they will increase the budget for film and tax credits from $7.5 million (£4.7 million) to $25 million (£15.6 million) for 2014, as they have in previous years.

The move meant bosses at House of Cards' California-based production company, Media Rights Capital, benefited from more than $11 million (£6.9 million) in tax credits for the first year of filming in 2012, while they are expected to receive up to $15 million (£9.4 million) for season two, which was shot last year (13).

The debate over tax credits to attract more film and Tv projects to Maryland is currently being discussed by state lawmakers, and as a result, Media Rights Capital executives have delayed production on season three from early spring (14) until June (14).

The second season of House of Cards, which streams on online service Netflix, was just released last week (14Feb14).