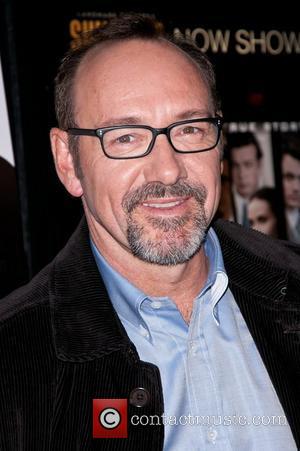 The actor Kevin Spacey starred in the opening night of Richard Iii, to a showering of positive reviews and critical adulation. The production, which is directed by Sam Mendes, opened at the Harvey Theatre in New York on Wednesday evening (January 18, 2012). Although Spacey will be the main draw for the show - for which tickets are selling fast - the other actors, who all fared well under the critical glare, include Annabel Scholey and Chuk Iwuji.
A review from the New Jersey News Room today (Thursday January 19, 2012) calls Spacey the "dark jewel of this crowning production", whilst the San Francisco Chronicle describes his portrayal of Richard as "part Groucho Marx and part Moammar Gadhafi," praising the veteran actor for being "impossible to stop watching." The same critic draws comparison between Spacey's performance in the role and that of the British actor Sir Ian McKellen, saying "If Sir Ian MCKellen's Richard was a smooth, icy plotter, Spacey's is an over-the-top, manic serial killer." Entertainment Weekly's review was similarly positive, stating that Spacey's performance is "an old fashioned star turn with undeniable showmanship," though it goes on to say that "subtlety is in short supply."
The show is set to run until March 4th at the Brooklyn theatre. This current run follows a similarly acclaimed run at the Old Vic in London, where Spacey is the artistic director. Annabel Scholey is a British actress, best known for her role in the supernatural drama Being Human. She plays the role of the doomed Lady Anne.