Kevin Spacey might be a very successful actor but he still worries about money. 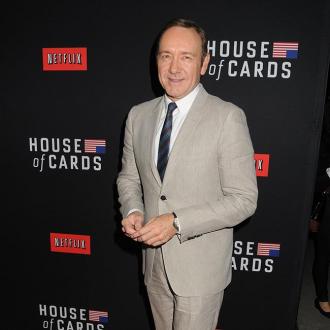 While the 55-year-old star has appeared in numerous Hollywood blockbusters such as 'The Usual Suspects' and 'American Beauty' - both of which he won Oscars for - and was the artistic director of the Old Vic theatre for 10 years, the actor is ''determined'' to be careful with his finances because he didn't have a lot during his younger years.

He said: ''I still worry about money. I came from a modest middle-class family. My mother was the main breadwinner, my father was unemployed a lot, and I saw how difficult that was and I saw what it did to him.

''I was determined I was not going to be like that.''

The 'House of Cards' actor also insists he doesn't want to be the sort of person who sits around a swimming pool counting their cash because there is still plenty he wants to achieve in life.

He added to Britain's GQ magazine: ''People who are really happy with themselves are f***ing boring. The worst word in the world is content.

''When I went to London, people thought I was f***ing crazy. Why not sit around a Beverly Hills pool collecting residual cheques? That is not the kind of life I want.''

When asked if he is happy but not content, he replied: ''Yes ... Correct. I am not content because I have purpose.''