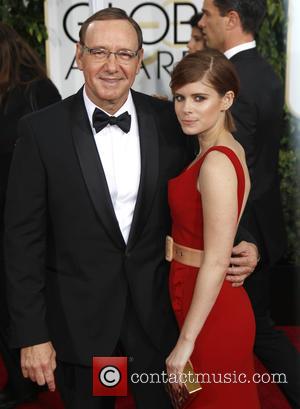 Actor Kevin Spacey is set to reprise his acclaimed role as Clarence Darrow, marking his last time on The Old Vic stage as the Artistic Director of the London theatre.

The House of Cards star will step down from his leadership role at the iconic venue this autumn (15), after nearly 11 years at the helm, and for his swan song, Spacey will reprise his role as pioneering 19th century American lawyer Darrow in the one-man play of the same name.

Spacey first tackled the play last year (14), selling out all 22 performances at The Old Vic, to much critical acclaim.

The actor previously played the role of the civil rights hero in both the Tv movie Darrow in 1991, as well as the 2009 Old Vic revival of Inherit The Wind.

Spacey announced his upcoming return to the stage in a statement which reads: "As my time at the helm of The Old Vic is drawing to a close, it felt the right choice to bring back Clarence Darrow. I had such a short run with the production last year and so many didn't get the chance to see it, that it felt like a great opportunity to do a longer run. Clarence Darrow is a role I've gotten to play three different times - in a 1992 film about his life, as the lawyer Drummond in Inherit the Wind and finally in the marvellous David Rintel's one-man play, Clarence Darrow, last year.

"Perhaps it is true what they say, if you do something long enough you just might get good at it. I look forward to sharing Darrow's remarkable, inspiring life one more time in London, as we build toward the excitement of Matthew Warchus taking on the role of Artistic Director at our beloved Old Vic."