Kevin Spacey made a film in just 24 hours with 'RocknRolla' actor Toby Kebbell. 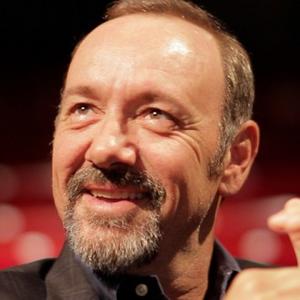 Kevin Spacey has made a film in just 24 hours.

The actor-and-director joined forces with 'RocknRolla' actor Toby Kebbell to take part in the New Thinker's Index (NTI) challenge, launched by Hyundai Motor and Microsoft Advertising, which saw them put together the movie project in one day.

Speaking about the film, Kevin said: "The New Thinkers Index has been a fascinating project to be involved in. Producing a film from start to finish under such time limits and pressure challenged the whole team to break boundaries and think in a new and different way."

Toby added: "As an actor, the time you have to learn lines for a scene can often be pressured, but being part of a process of creating an entire film in 24 hours with Kevin Spacey and the team definitely made me think about the approach in a different way which was stimulating and liberating."

Another film in the series sees 'Shakespeare In Love' actor, Joseph Fiennes collaborate with rising star of the grime scene, rapper Devlin, to explore the Common ground that exists between Shakespearian

All films are available to view at www.newthinking.uk.msn.com.