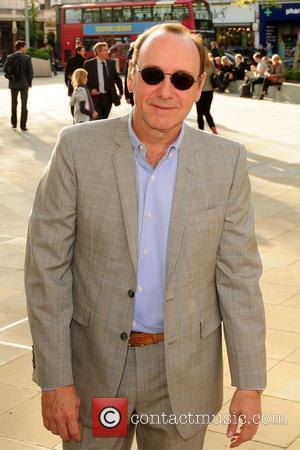 Kevin Spacey is set to team up with Sir Paul McCartney to help save the roof of his London theatre - the former beatle has agreed to perform a benefit concert to raise funds.
The Hollywood actor is the artistic director of the Old Vic theatre company, based in a venue of the same name in south London.
The theatre's roof has leaked since it was damaged by bombing raids during World War II, and Spacey has been campaigning for funding to have the problem fixed.
Spacey he has now recruited MCCartney to play a one-off benefit show to help raise money, and he's delighted the musician agreed to perform at the event, which will also include an art auction.
He says, "We are thrilled Paul MCCartney will lend his extraordinary talents on the evening alongside brilliant artists who've generously donated their artworks for auction. It's set to be quite a night."
The concert will take place at The Boiler House at Battersea Power Station and guests will be able to buy tickets starting from $750 (£500) up to $15,000 (£10,000) for a premium table for 10.
Some of the proceeds raised on the night will also go towards MCCartney's Meat Free Monday campaign, which encourages meat-eaters to go vegetarian for one day a week.