Roman is a construction worker preparing for his wife and grown-up daughter to return home to him after a long vacation. He awaits their arrival at the airport, but they never come. The plane that they were travelling on crashed after a miscommunication by air traffic controllers, and they didn't survive. Racked with the worst grief he has ever experienced, he is determined to have justice for his family. Meanwhile, the AFC in charge Jake Bonanos has managed to avoid being named responsible and is advised to change his name and move his family away to avoid attacks from angry vigilantes. Unfortunately for him, it doesn't take Roman too long to track him down. He wants an apology from the man he believes is responsible for the death of his wife and daughter, but does he also want revenge? Fan Hopes For 'The Mortal Instruments: City Of Bones' Shattered By Critics

'The Mortal Instruments: City of Bones' is released in UK and US cinemas today (Wednesday 21 August). Although the movie has been compared to such major franchises as 'Harry Potter' and 'The Twilight Saga', the film has been universally panned by critics.

Fans of supernatural fantasy are likely to be disappointed by The Mortal Instruments: City of Bones if critics' reviews are anything to go by. The film is released in the UK and US today (Wednesday 21st August). Kevin Zerger and Lily Collins at the L.A. premiere of The Mortal Instruments, held at the ArcLight Cinema.

The Mortal Instruments is based on the best-selling series of teen fiction books by Cassandra Clare. According to IMDb, the fantasy movie follows teen Clary Fray (Lily Collins) who discovers she is descended from a race of warriors destined to protect the world from supernatural and evil entities. The film is set in an alternative New York called 'Downworld'. Clary is helped by other warriors, played by Jamie Campbell Bower (The Twilight Saga); Kevin Zegers (Gossip Girl); Jemima West (The Borgias); and Robert Sheehan (Misfits). 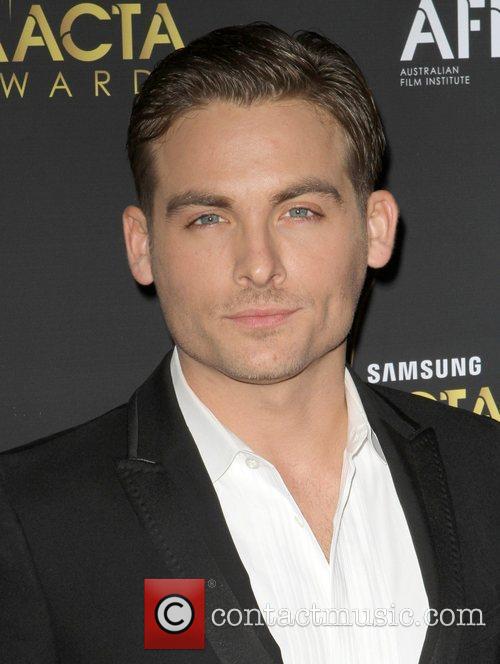 It's A Boy Girl Thing Review

By Christopher Null
OK
It's comforting to know that, deep into the 2000s, there is still someone trying to dig a final nugget of gold from the old swapping-bodies plot device. Freaky Friday will simply never die. Never!

In this installment, it's, well, a boy girl thing. The swappers are high school seniors: Dim jock Woody (Kevin Zegers) and Yale-destined brainiac Nell (Samaire Armstrong), who've lived next door to each other all their lives and, as this type of movie dictates, now hate each other. A class field trip and an Aztec idol get the switcheroo done (the mechanics of the switch are, of course, inconsequential), but with Woody's brain in Nell's body and vice versa, how will she dazzle the regents during her final Yale interview, and how will Woody impress the talent scouts at the Homecoming football game?

Kevin Zegers Is A First-time Dad

Kevin Zegers Among The Friends Who Shared Cory Monteith's Ashes