Khloé Kardashian 'deserves' to be happy

Khloé Kardashian's best friends think ''she deserves'' to be happy and are overjoyed she has found love again with Houston Rockers player James Harden. 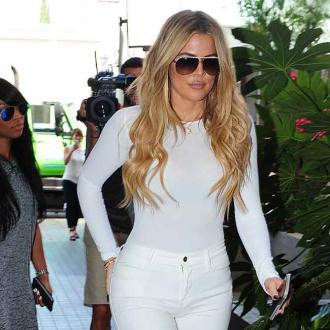 Khloé Kardashian's best friends think ''she deserves'' to be happy.

Twins Malika and Khadijah Haqq are overjoyed that the 'Keeping Up with the Kardashians' star, who split from estranged husband Lamar Odom in December 2013, has found love again with Houston Rockers player James Harden.

The duo were among the guests at the lavish party Khloé, 31, threw for James' 26th birthday party on a yacht in Los Angeles last month and Malika told E! News: ''It was a blast! Honestly, I don't think there's anyone who's been to a Kardashian affair that was not a blast.''

While Khloé, whose divorce is on the verge of being finalised, has moved on, Lamar recently admitted he still considers himself ''a big part of the Kardashian family.''

The troubled athlete, who allegedly battled cocaine abuse before being dumped by the reality TV star, said: ''I love Khloé in a place where there is no space or time, so it's infinite. I can't control it. I think I'm still a big part of the Kardashian family.''

Khloé was left ''emotionally shaken'' by her encounter with him last month after he reportedly shouted at her outside a Soul Cycle class in Beverly Hills and the next day she caught a private plane to Texas to see James.