Khloé Kardashian doesn't ''understand people who vajazzle'' and isn't a fan of decorating her pubic area with crystals and glitter. 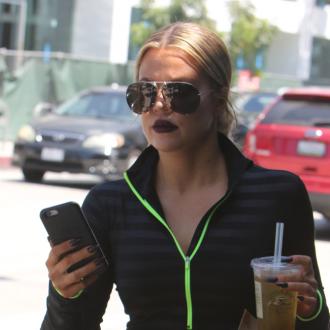 The 31-year-old reality TV star has opened up about her waxing habits in a new post on her website and app, but isn't a fan of decorating her pubic area with crystals and glitter.

The 'Keeping Up with the Kardashians' star wrote: ''I do not understand people who vajazzle. Seriously, get over yourself. Apparently there's a new trend where you shape your bush into a heart for Valentine's Day or any shape for your man. Who has the energy for that? Can't do it.''

Khloé also feels ''uncomfortable'' when she sees adult women with ''nothing down there,''

She added: ''You guys know I'm not gonna beat around the bush (no pun intended), so let's get straight to it: I'm all about the landing strip. I like to be clean; I like to be manicured. When there's nothing there, it's weird, in my opinion -- especially when you have t*ts and an a**. It just freaks me out a little bit.''

But the blonde beauty revealed her older sisters Kim, 34, and Kourtney, 36, have very different grooming preferences.

She wrote: ''I know Kim is completely bare, and now she says she wishes she still had a lil' somethin' going on but she lasered it all off. But I like that if I ever want to go bare, I can just shave it and change my mind later.

''I always think of Kourt as large and in charge with a full '70s-style bush -- it just matches her personality. Lol, very boho chic. But she swears that's just a joke and has a landing strip ... sometimes.''