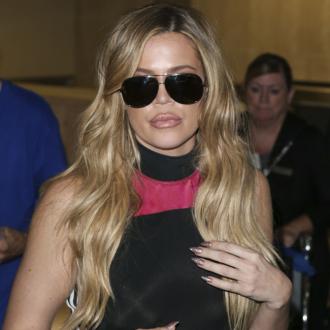 The 'Keeping Up with the Kardashians' star likes to spoil her eldest sister's three children, Mason, five, Penelope, three, and nine-month-old Reign, ''rotten with Lucky Charms and cookies,'' but admits she has to be more careful about sneaking Kim's two-year-old daughter North some ''fun food.''

She explained: ''[Kim's] a little more strict with North.''

The 31-year-old beauty shares a close bond with her nieces and nephews because she takes care of them ''at least three times a week.''

In a post on her newly-launched website and app, she added: ''I love everything about being an aunt. All four of my nieces and nephews come to my house at least three times a week.

''They say it takes a village to raise a child -- that couldn't be more true. We all have so much fun helping raise each other's kids.

''I just think it's so great to have so many eyes and ears on the kids so that they're raised with respect for themselves and for others. What I'm loving most is getting to see those four individual personalities really come out. I love them!!!''

Khloé considers herself to be ''the wild aunt.''

She explained: ''I'm just really playful and I guess you could say I'm the 'wild aunt.' But honestly, I like that they view me like that.''