Khloé Kardashian has revealed she's desperate to have ''Beyoncé's booty'' and is working hard with her personal trainer GUNNAR PETERSON to achieve her dream body. 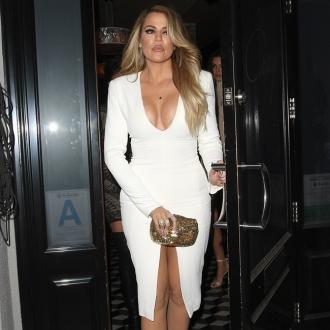 The 'Keeping Up With The Kardashians' star has revealed she would love to have the curves of the 'Drunk In Love' hitmaker and has been working hard with her personal trainer GUNNAR PETERSON to achieve her dream body.

''He's not like, 'You can't because you're a foot taller than her.' He's just very positive.''

The 31-year-old beauty also revealed she doesn't ''believe'' in diets and says she prefers lifestyle changes.

She added: ''The word 'die' is in it, I don't believe in diets. I believe in lifestyle changes.

''I made major cut-backs. I used to love soda, so I've cut out soda completely and I drink like ice tea or water. I made that like a lifestyle change. If you do one thing a month and you cut something off little by little and then it just becomes a part of your life.''

Khloé also revealed she's a ''pro'' at doing her own make up.

She shared to Australia's Nova FM: ''I'm a pro at doing my own makeup [but] I do not know how to do my own hair.