Khloe Kardashian's mother and manager, Kris Jenner, is reportedly in talks with divorce attorney Laura Wasser to facilitate the legal separation of her daughter from her husband Lamar Odom. 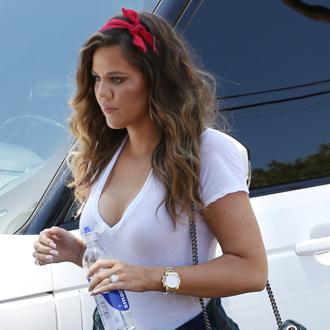 The TV personality's mother and manager Kris Jenner thinks Khloe - who has been married to Lamar since 2009 - is ''too emotional'' to take control of her life following rumours of her husband cheating with two different women while on the road as a basketball player and his alleged crack cocaine use and has opened talks with a divorce attorney.

The Kardashian matriarch is alleged to have held an emergency two-hour meeting with divorce attorney Laura Wasser - who also took care of sister Kim Kardashian's legal separation from Kris Humphries - where they discussed the pair's prenuptial agreement.

Sources told the New York Daily News newspaper: ''Kris wants Khloe to get her prenup money, plus the penalty for cheating. Kim, Kourtney (Khloe's sisters) and Kris want her to dump him. You can't live with a drug addict.''

However, Khloe - who has been spotted still wearing her wedding ring - is keen to ''save'' her husband, get him help for his alleged drug problems and work through their marital problems.

Another source said: ''She is in love and does not want a divorce.''

Kris is also concerned that Lamar may have a negative influence on her son Rob Kardashian, who lives with Khloe and Lamar.