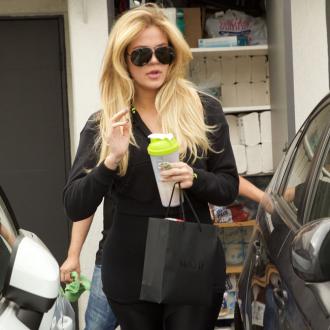 The 'Keeping Up With The Kardashians' star and her mother Kris Jenner are reportedly offering support to Lamar Odom following the death of his best friend Jamie Sangouthai.

A source said: ''Kris and Khloe have both spoken to Lamar. They are trying to console him. They really want to make sure that he is ok right now and that he knows that they will do anything for him.

''She is keeping him from a dark place. She hopes that she can help him right now. Even though they're split up, they're still married and she does care about him. Jamie's death has scared everyone.''

The 30-year-old television personality is believed to be keen on providing some sort of financial support to Jamie's family for the funeral.

The source added to RadarOnline.com: ''They're friends and they want to make sure that Jamie's family doesn't suffer anymore.''

Meanwhile, Lamar is said to be ''more devastated'' after learning that Jamie passed away from a bacterial skin infection and intravenous drug abuse.

An insider shared: ''He's taking it really bad. And is asking for space to reflect.

''[Khloe's] been a major support for him. They talk all day long and she calls almost every hour to check in on him.''