Khloe Kardashian is devastated by allegations her husband Lamar Odom has been cheating on her with lawyer Polina Polonsky this summer and has been 'crying husterically'. 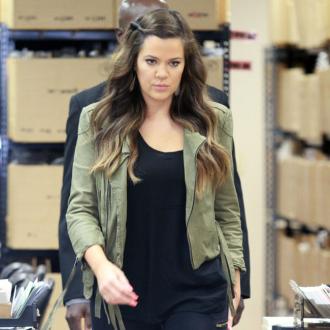 Khloe Kardashian has been ''crying hysterically'' over Polina Polonsky's claims that she had an affair with Lamar Odom.

The 29-year-old reality TV star is reportedly devastated that her husband of four years has been accused of having an affair, for the second time, with the lawyer earlier this summer.

A source close to the 'Keeping Up with the Kardashians' beauty told gossip website RadarOnline.com that she called her mother and manager ''Kris (Jenner) very, very early on Wednesday morning (07.08.13) after reading about Lamar's latest mistress coming forward.

''She has been crying hysterically. Kris has been trying to calm her down, but Khloe seems to know in her heart that Lamar has been indeed cheating on her. Lamar is Khloe's entire world, and she can't understand why he would cheat on her. It's really, really sad, because she loves him so much.''

Polina claims she had a six-week sexual relationship with the basketball star, 33, earlier this summer and thought his marriage to Khloe was over because he was living at the Roosevelt Hotel in Los Angeles.

This isn't the first time the LA Clippers player has faced allegations of cheating, as Jennifer Richardson previously claimed Lamar had a year-long affair with her, beginning in January 2012, before she broke it off in March this year.

But a source insisted that Khloe is blindsided by the claims.

The insider said: ''Lamar hasn't been denying the affair as strongly as he did with others in the past. Khloe is literally feeling sick to her stomach. It's just gut wrenching to watch her go through this.''