Khloe Kardashian Has Assured Fans Lamar Odom Is On The Road To Recovery But That The Process Has Been "Mentally Draining" On Him. 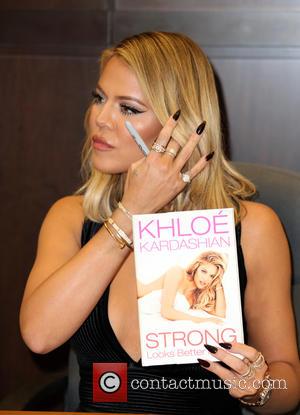 The reality TV star has called off her divorce from her basketball player ex after he was found unconscious in a Nevada brothel in October (15).

He reportedly suffered a drug overdose and several strokes and has been in medical care since.

Khloe has been by his side for most of the time and says things are on the up.

"He's definitely doing better which is awesome, every day is better, he's off of all machines, he is alive on his own, and no machines are helping him which is great, but he still has a lot of physical and cognitive therapy to go through, so it's a long road for him," she opened up to Extra.

"It's gonna be a long, long time, every day is different, some days he's really strong and some days he's weaker than the day before cause it's mentally draining I'm sure on him."

The socialite also spoke about next steps, revealing learning to walk is first on the agenda. Then, when he's physically stronger, he will leave hospital and focus on "cognitive and mental strengthening".

Amid all this, Khloe has been promoting her self-help book Strong Looks Better Naked. It's not been easy to focus, but she hopes people will understand why she went forward with it.

"It's just awkward timing, but I definitely feel like the strongest that I've ever been and it was highly requested," she explained. "People kept saying, how did you get over a divorce, or how did you get through this or your father's death, so many obstacles that I have been through that have been public and how did you do it and still always be so positive, and of course the weight loss, it's not just about the weight for me, it was so much mentally and spiritually that I feel so much stronger which gave me the strength to lose weight and to keep it off, cause it's also superficial if it's just about the weight."