Khloe Kardashian Lands X Factor Deal, But Only After Kris Jenner Steps In 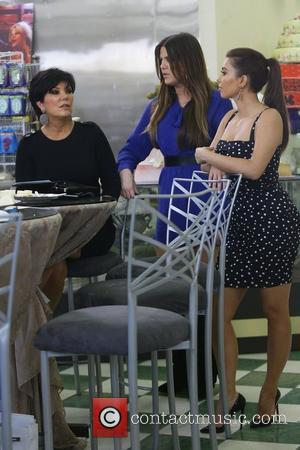 Khloe Kardashian's X Factor deal is finally complete, though negotiations were apparently minutes away from being scrapped. Kardashian signed a contract to become the new co-host of Simon Cowell's stateside version of the singing contest this week, though her mother Kris Jenner had to step in to rescue the talks.

According to sources who spoke with TMZ.com, negotiations ground to a halt after E! - the home of Khloe's Kardashian show - and Fox failed to work out a deal for the reality star to appear on both networks. She has long been associated with the E! brand and the network were understandably concerned at losing her to rivals Fox. Nevertheless, good old Kris Jenner got word of the hold up and decided to muscle her way into the talks - basically telling television bosses that her daughter would be the new host of the X Factor. An insider privy to the negotiations said Kris "stepping in over the agents.over everyone" and forced both networks to sit down with her and thrash out a deal. The executives - probably weeping and blubbing "Yes, Mrs Jenner" - duly signed the contracts. As one source added, "She just knows how to make sh*t happen."

Khloe and television star Mario Lopez will co-host the show from November, when the live rounds get underway.