Khloe Kardashian has reportedly been spending a lot of time with MLB star Matt Kemp, could this be blossoming into a new relationship only days after the reality star filed for divorce from Lamar Odom? 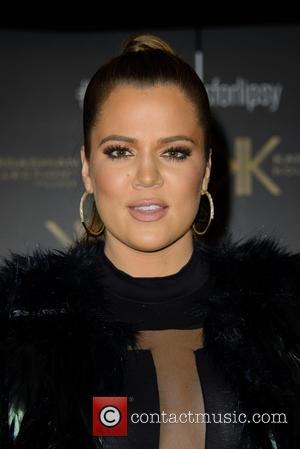 Khloe Kardashian may not be wasting any time moving on from soon to be ex-husband Lamar Odom.

The reality TV star has been spotted on several occasions hanging out with baseball star Matt Kemp.

Kemp, who plays for MLB team L.A. Dodgers, was Rihanna's former toy-boy but now it is reported that the Kardashian sister could be his next high-profile girlfriend.

Radar Online reports, the pair were photographed together at a Drake concert on November 25th and only days later they attended a John Legend concert in LA's Nokia Theater.

A potential really awkward moment nearly occurred as Kardashian and Kemp were in attendance at the same Jay-Z concert Odom was, but they managed to avoid each other.

Kemp further fuelled relationship rumours after posting a photo on his Instagram page of the Kardashian family's Christmas tree with the caption, "Best time of the year!! It's gonna b a Cali Christmas this year."

Sources close to Khloe have allegedly told Hollywoodlife.com, "They are hooking up and are slowly becoming a couple," and another source also confirmed they are seeing each other.

If the rumours are true then the 'Keeping Up With the Kardashian' star didn't wait long to move on as she only filed for divorce from Lamar on Friday (Dec 13th), citing irreconcilable differences.

The pair tied the knot in 2009 but the demise of their courtship began to surface earlier his year when cheating allegations were surrounding Odom. Further turmoil soon followed after the NBA star was accused of using hard drugs and eventually thier reltionship paid the price.

Only time will tell if Matt and Kemp blossom into a relationship, but if they do hopefully it will be less toxic.