Khloe Kardashian: My Family Have 'No Talent'

Khloe Kardashian admits her family have ''no talent'', but her sister Kim insists it is ''more of a challenge'' to be famous for just being yourself. 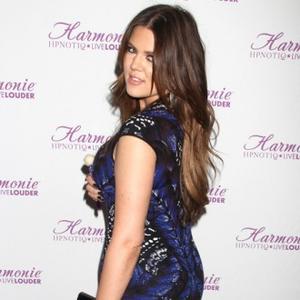 Khloe Kardashian admits her family have "no talent".

The 27-year-old socialite - who rose to fame starring in reality series 'Keeping Up with the Kardashians' from 2007 alongside her sisters Kourtney and Kim, half-sisters Kendall and Kylie Jenner, as well as mother Kris Jenner and stepfather Bruce Jenner - are aware the group have no specific entertainment value, but Kim believes it is "more of a challenge" to gain notoriety for being yourself.

Kim - who married Kris Humphries in August only to split from him after just 72 days of marriage - added: "I think it's more of a challenge for you to go on a reality show and get people to fall in love with you for being you, so there is definitely a lot more pressure to be famous for being ourselves."

Kim, 31, first shot to fame after a sex tape with her with former boyfriend Ray J was made public in 2007, and her mother Kris admits it was "devastating" when the X-rated footage was released onto the internet.

Kris explained: "It was devastating for the whole family and you cry yourself to sleep for a few nights and then you get a really good attorney and try to make something better.

Kim added: "I've made mistakes in my life for sure."

Following the success of their reality show, the family have built an empire that includes a best-selling book 'Kardashian Konfidential', an array of endorsement deals and Kim, Khloe and Kourtney's recent clothing and accessories line, the Kardashian Kollection.