Khloe Kardashian is planning to move into her new home, which she recently bought from Justin Bieber, next month as she wants to completely redecorate it. 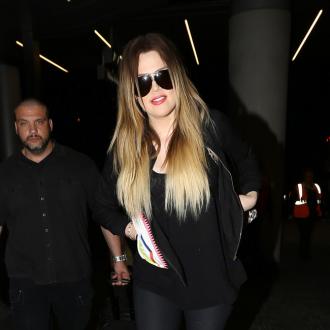 Khloe Kardashian is planning to move into her new home next month.

The 'Keeping Up with the Kardashians' star recently purchased Justin Bieber's house in gated community The Oaks in Calabasas, California but hasn't moved in yet as she wants to completely redecorate the property.

A source told E! News that the sale was only finalised on Thursday (27.03.14), shortly after Justin paid off the $29,000 outstanding lien against the mansion.

The lien was filed by KMD Electric Inc. who claimed the 20-year-old Canadian star owned them for ''labour, services, equipment, and or materials.''

Khloe has hired famed interior designer Martyn Lawrence Bullard to help her decorate and has already removed a skateboard ramp that the 'Baby' hitmaker had installed on the property.

The source said: ''Khloé is planning renovations and is excited about moving in as soon as she can.''

Justin put the house on the market late last year after a number of run-ins with his neighbours, culminating in a raid by the local sheriff's department after the property of one of the singer's neighbours was egged, causing up to $20,000 of damage.

Khloe sold her former marital home in Tarzana, California for $5.49 million to 'The Big Bang Theory' actress Kaley Cuoco and her husband Ryan Sweeting in January, just one month after filing for divorce from Lamar Odom.

Khloe's sister, Kourtney, has also bought a property in the same gated community, meaning they will soon be neighbours.

The famous siblings will spend the summer in The Hamptons, New York filming their new spinoff series, 'Kourtney & Khloe Take The Hamptons.'