Khloe Kardashian has no plans to file for divorce from her husband Lamar Odom amid more rumours he cheated on her. 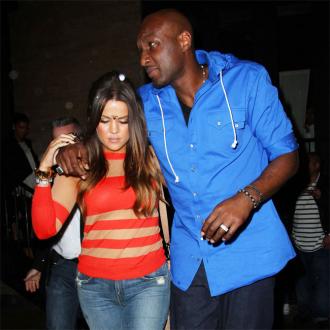 Khloe Kardashian has no plans to divorce Lamar Odom.

The 'Keeping Up with the Kardashians' star is devastated over recent rumours her husband of four years had an affair earlier this summer but the couple are still very much together.

The 29-year-old beauty's mother, Kris Jenner, told gossip website TMZ.com: ''Khloe and Lamar are absolutely not getting divorced. There's been no talk of divorce.''

Kris did not address allegations that Los Angeles Clippers star Lamar, who was previously accused of having a yearlong tryst with Jennifer Richardson until March 2013, had a six-week long affair with lawyer Polina Polonsky recently.

But she insisted everything appeared to be fine between Lamar and Khloe when they were at her house in Beverly Hills two days ago.

Other sources close to the couple, who got married just one month after they started dating, also insisted they are not going to split, amid reports Khloe is preparing to file divorce papers.

One insider said that the reality TV star has not even spoken to a divorce lawyer.

Lamar, 33, has not been seen out in public with his wife for since June 2 and skipped a family dinner on Saturday night (10.08.13) for her half-sister Kylie Jenner's 16th birthday in Malibu, California.