Khloé Kardashian has admitted she was a ''naughty teen'' and the most rebellious of her two siblings Kim Kardashian West and Kourtney Kardashian. 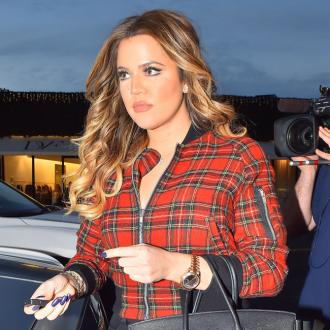 Khloé Kardashian was a ''naughty teen.''

The 30-year-old reality TV star has admitted she was the most rebellious out of her two famous sisters - Kim Kardashian West and Kourtney Kardashian - when they were growing up and she enjoyed pushing the boundaries with her parents Kris Jenner and the late Robert Kardashian.

She explained: ''I was a really naughty teen - at one point I took myself out of school, forged my mum's signature and then enrolled myself in home school. My dad had steam coming out of his ears when he found out! But I was so adamant that he said he'd let me do it for three months.

''I needed to get high grades and I had to work for three days a week at his office. I ended up graduating with honours. He was blown away.''

Despite her lavish lifestyle, the 'Keeping Up With the Kardashians' beauty has claimed she wasn't spoilt growing up, despite their father's career as a successful lawyer, and she and her sisters had to work hard to earn Robert's respect.

She added to Australia's Cosmopolitan magazine: ''We had to have summer jobs, do the dishes, set the table and clean our own rooms. With school, my dad was strict. Kourtney went to college but they always knew I wasn't going to go!''