Kian Egan and Jodi Albert want a little girl to complete their family following the birth of son Koa in December. 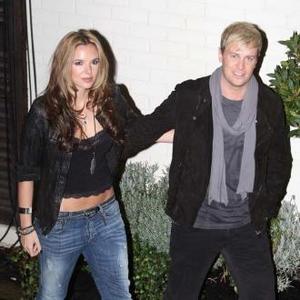 Kian Egan and Jodi Albert want a little girl to complete their family.

The Westlife singer and the former 'Hollyoaks' actress are closer than ever following the birth of their son Koa in December and would love to give him a sister in the future.

Kian said: ''A little girl would melt my heart now but every man likes the idea of having a little boy. I'm looking forward to taking him surfing, golfing - he's going to be an outdoorsy little dude. But we do want a little girl, hopefully next time.

''I think no matter how many boys we have, we'll keep going until we have a girl too!''

Jodi added to OK! magazine: ''Kian has said he wants four children but I don't know about that. If he's putting the pressure of four on me, I'm going to put the pressure of a girl on him. I've got my little boy. I want girl next but not any time soon.''

Kian also revealed Westlife manager Louis Walsh - who doesn't have any kids of his own - has surprised him by his interest in the baby.

He said: ''Louis hasn't seen the baby yet but he does continuously ask about him, which is so sweet. Louis doesn't strike you as the type of person to talk about children much, yet he's asking loads about Koa. Maybe he's getting soft in his old age.''

Kian is preparing for Westlife's final tour and admitted he and Jodi are looking forward to taking some time off to travel the world with Koa.

He said: ''Jodi and I would like to get back to the sunshine and spend some time travelling and living a lifestyle that we haven't lived in a few years. We'd love Koa to see the world, having a baby really puts things into perspective.''