Kian Egan Was Treated By Medics In Jungle

Kian Egan I'm A Celebrity Get Me Out Of Here 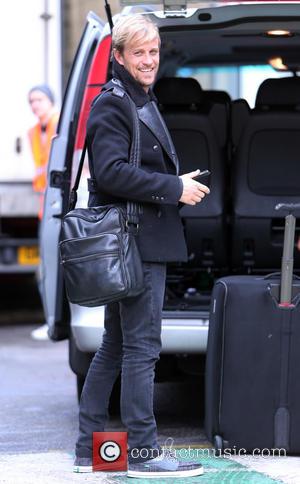 Irish pop star Kian Egan was examined by doctors during his stint on U.K. reality show I'm a celebrity... Get Me Out Of Here! after a severe shortage of food left him in danger of collapsing.

The former Westlife star was crowned king of the jungle earlier this month (Dec13) after spending three weeks living on meagre rations at a camp in an Australian rainforest.

Egan and his fellow contestants - including actor Alfonso Ribeiro and Olympic swimmer Rebecca Adlington - had to take part in grisly endurance tests to earn their meals, and the singer has now revealed how the extreme diet took its toll on his health.

He tells British Tv show This Morning, "I did have two really down days in there. The first day was probably about a week in. I was just at the point where the lack of food got to me and I had no energy. Then, with about a week to go, I had a really bad day where every time I stood up I got a head rush and I had to sit back down."

Egan tried to shake off his dizziness, but his campmates were so concerned about his condition they contacted producers via a Tv link and urged them to help the star.

He adds, "Then (the producers) called me up and asked me what was wrong and I said, 'I think it's just a lack of food - my body is shutting down'. Because we are only eating about 500 calories a day in there. So they gave me a herbal vitamin or something like that. By the next morning I was back to normal."