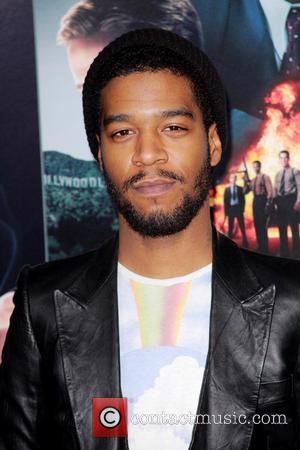 Rapper Kid Cudi has taken aim at his record label bosses once again after becoming dissatisfied with the lack of radio promotion for his new music.

The Day 'N Nite hitmaker recently released new tracks, Just What I Am and King Wizard, and while the promos have proved popular on video website Vevo.com, the songs have failed to catch on with radio Djs.

On Tuesday (08Jan13), Cudi, who parted ways with his last label in 2011, fired off a series of angry Twitter.com posts aimed at executives at Republic and demanded a change in the handling of his projects after growing annoyed with the marketing push given to rival artist Trinidad James' All Gold Everything.

He wrote, "King Wizard 3.4 million views on Vevo, Just What I Am has 4.3 million and my s**t is not on regular rotation on radio. Hmmm. Trinidad James got 4.1 million views on his hit (rightfully so), and I hear that jam Everywhere. Wheres my f**kin spins (sic)???"

"To my label, I swear to all that is f**kin holy in this world, if things dont change soon, theres gonna be some problems (sic)."

Cudi then moved to defend his outburst, insisting he was annoyed because he put in so much effort to get the tracks ready for the March (13) release of his upcoming album Indicud.