Kiefer Sutherland admits The Script for the '24' movie has been completed and he will read it soon. 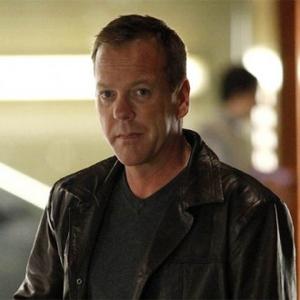 Kiefer Sutherland has confirmed the '24' movie has been written.

Kiefer hints the film will take place in multiple locations and will have any problems with geography.

He said: "We've always had to have the situation come to us. But now it's feasible to get Jack Bauer from Eastern Europe to England during the movie."

The star also said the movie is unlikely to echo the TV series.

He said: "It doesn't have to be a bomb. It can be something more personal that people understand."

Earlier this year Kiefer admitted he was keen to see Jack Bauer head to the big screen.

He said: "I think the resistance to it is because in my father's generation if you did films you didn't even think about television.

"That was a death knell. And if you did television, you wouldn't be allowed to do films. That was when we had three networks. We have six hundred now, and if I want to see Paul Newman in a movie, I don't have to go out. And so The Game has changed. And I think we're going to have to adjust with it."