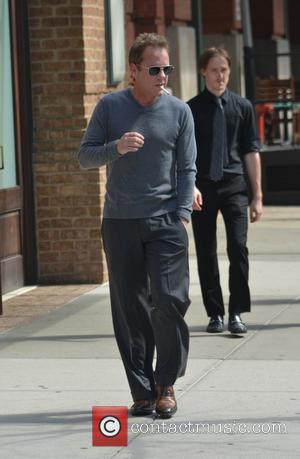 Kiefer Sutherland has been left baffled by former 24 co-star Freddie Prinze, Jr.'s public attack on the star's professionalism, insisting he had no idea the actor disliked him.

In a Comic-Con-related interview with ABC News over the weekend (26-27Jul14), Prinze, Jr. revealed he had such an unpleasant experience working with Sutherland in 2010 he came close to quitting Hollywood.

He said, "It was terrible. I hated every moment of it. I just wanted to quit the business after that.

"Kiefer was the most unprofessional dude in the world. That's not me talking trash; I'd say it to his face. I think everyone that's worked with him has said that."

A representative for Sutherland has since responded to Prinze, Jr.'s comments, stating, "Kiefer worked with Freddie Prinze Jr. more than five years ago. This is the first time he has heard of Freddie's grievances. Kiefer enjoyed working with Freddie and wishes him all the best."

And actress Sara Gilbert, who has also worked with Sutherland on 24, insists she too is confused by Prinze, Jr's remarks, insisting, "He was so polite and was always there for our scenes."