The legendary game has a new star 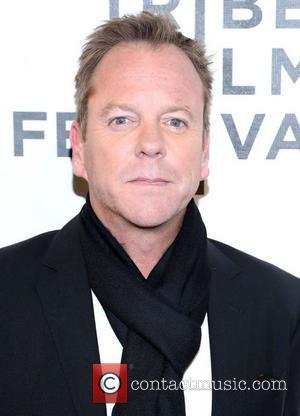 Kiefer Sutherland is known for his role as Jack Bauer in the high-octane thrill-ride that was 24, endearing himself to TV-buffs across the land, but he’ll be popular with gaming nerds now, too, as he’s to voice the hugely popular video game character, Solid Snake in the upcoming game, Metal Gear Solid V.

Konami, the company responsible Metal gear, revealed the news today in a pre-recorded video presentation prior to the E3 Expo – the biggest date in the calendar for gamers. “This time, with Metal Gear Solid V, the themes are a little different from previous games in the series,” said series creator Hideo Kojima in the video. “We’re taking on some very heavy subjects such as race and revenge. I wanted Snake to have a more subdued performance, expressed through subtle facial movements and tone of voice rather than words.” For the Kojima, the legendary games producer, Sutherland was perfect for the role. “Furthermore,” Kojima said, “the game takes place in 1984, when Snake is 49 years old. Therefore, we needed someone who could genuinely convey the facial and vocal qualities of a man in his late 40′s." Kiefer Sutherland will be both Solid Snake and Jack Bauer - cool huh? Have a drink, son, you've earned it